These photos were taken in April 2008 of cherry blossoms season (Left) , June 2015 (Right). This castle tower was under renovation between October 2009 and March 2015. 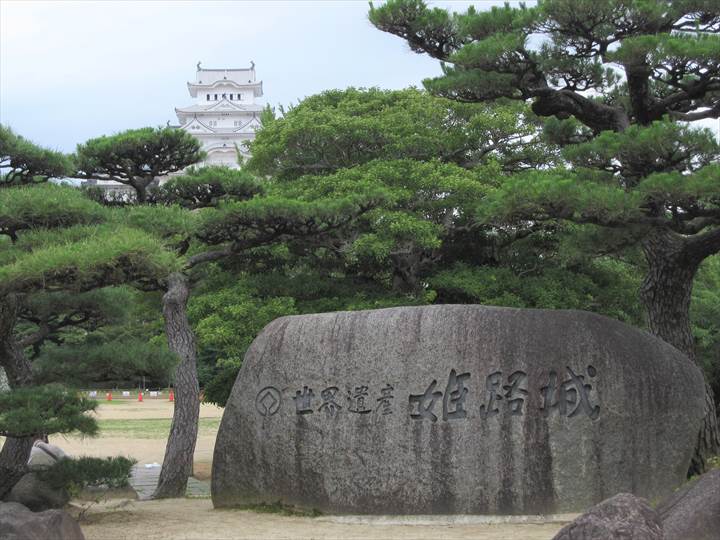 When I went there before the renovations, I could walk around there without seeing many tourists. But when I was there after the renovation, it was very popular and crowded, especially at the top floor of the castle.
However, I could enjoy its new appearance, which became much more white and beautiful than before.

Himeji Castle is designated as a national treasure in Japan.
國寳姫路城

Can you believe it?
I found a design of a pretty heart, like the ones in the photo, in a traditional Japanese castle.

It is doing a headstand. Great!

大天守の鯱（しゃち）
English information is available about it.

japancourse.com
A Restaurant NINJA AKASAKA in Tokyo 忍者・赤坂
NINJA AKASAKA is a restaurant with ninja amusements.Ninja will guide you to a hiding ninja village (in a building).Let's enjoy a great meal and amazing magic show too!

They have been keeping the scenery of the garden and cemetery in a verytraditional and ancient style. It looks ...
March 12, 2019 September 4, 2020

The Collection of Sightseeing Place Magnets in the World with Their Similar Scenery Photos (Japanese Polyresin Magnets...
February 5, 2022